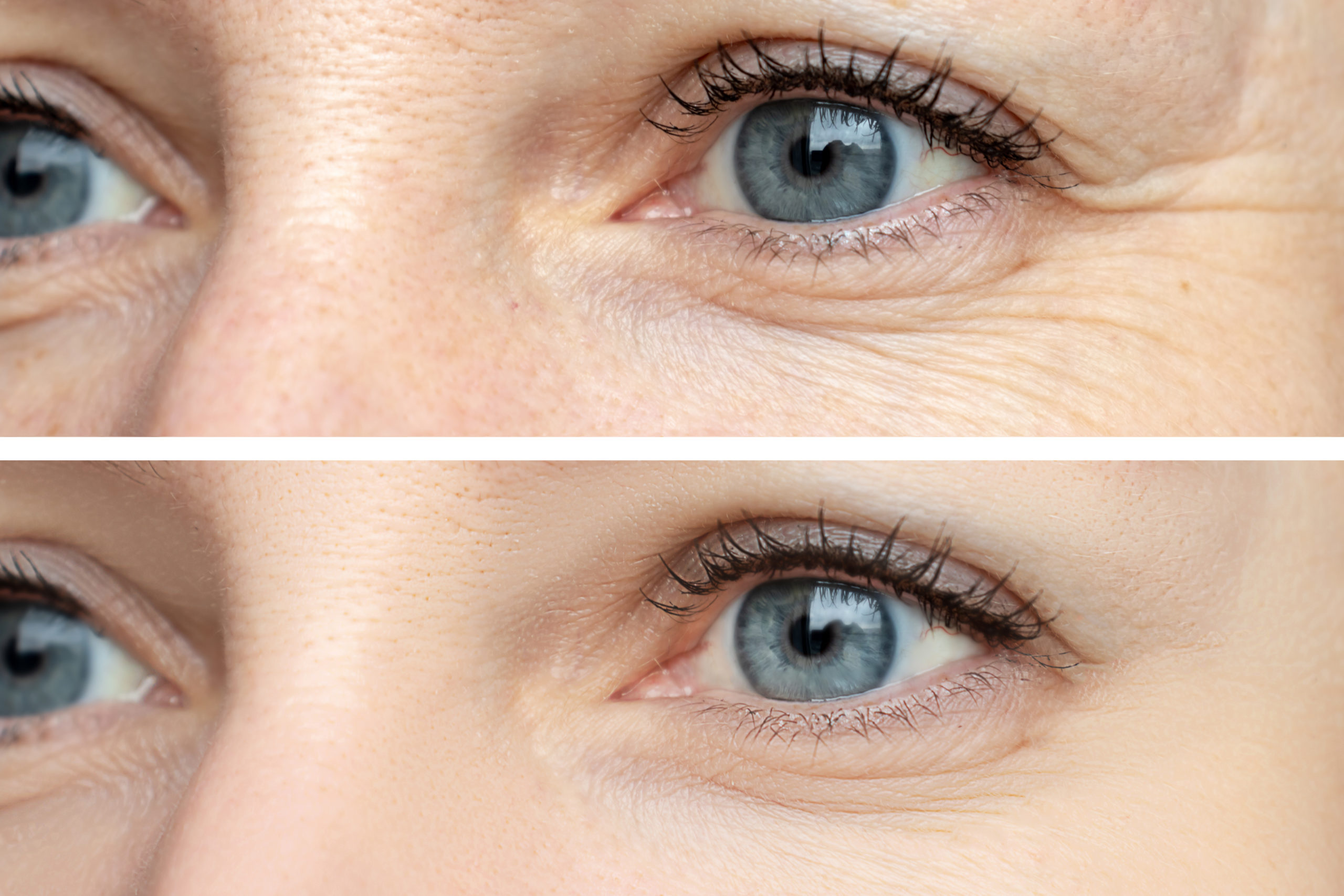 The aging process has led many to problems of fine lines and wrinkles, but thanks to neurotoxins or injections, aging signs can now be addressed by blocking muscle contractions to reduce wrinkles. Among the neuromodulators or neurotoxins (forms of botulinum toxin type A) are Botox and Dysport, which are FDA-approved to temporarily paralyze muscles of the face, which reduce wrinkles and give smoother skin. These are minimally-invasive injectables that are equally safe, and both work via the exact mechanism.

While both products are chemically similar and are used for the same indications, there are a few key differences between the two. These differences are so significant that patients need to understand that these products are not interchangeable.

How Do These Neurotoxins Work?

Dysport and Botox work the same way in the body, although there is a slight difference in potency and effectiveness. The procedure will start with evaluating the skin and the skin goals to decide which of the two products will best suit the patient.

First, the skin will be numbed with a mild anesthetic to help take away any potential pain, described as a slight pinching by many. With a very tiny needle, either Dysport or Botox is injected just under the skin into the underlying muscle.

Once injected, it works to paralyze those muscles, at the same time, relaxes them. It then gives a result of smoother skin and more wrinkle-free. Keep in mind that neither injection can eliminate the wrinkles for good, but they can make them far less noticeable.

What Are Botox And Dysport?

This neurotoxin started making waves in the cosmetic treatment industry in the 1990s and has been around for decades. However, the FDA has officially approved it to treat glabellar lines, not until April 2002. While most people know that it’s a form of botulism, many still don’t understand precisely its meaning and how it’s possible to treat wrinkles.

In technical terms, the same method of action that gives Clostridium botulinum its classification as a neurotoxin makes it so potent for wrinkle reduction. Botox paralyzes certain muscles in the face and blocks the firing of specific nerves when injected. Moreover, Botox treatments target migraines, excessive underarm sweating, and overactive bladder, and research continues into other ways of using it.

On the other hand, this neurotoxin is more of a newcomer. In April of 2009, it has gained approval by the FDA to only treat glabellar lines. Like Botox, Dysport is also a variation of Botulinum (abobotulinumtoxinA).

Dysport is essentially a diluted version that is mainly designed to help those with moderate to severe glabellar lines when it comes to who may benefit the most.

What’s The Difference Between Botox And Dysport?

Dosage: Botox and Dysport are dosed differently, which is one important difference. In Dysport, it takes 3 units to equal the muscle relaxing strength of one unit of Botox. This significance only means that 50 units of Botox do not equal 50 units of Dysport.

Dilution: In terms of concentration, Dysport is diluted differently than Botox. This means that a certain number of Botox units would have to be increased when switching to Dysport (or vice versa). However, greater dilution doesn’t imply that Dysport is less effective than Botox.

This means that a higher quantity of Dysport is needed to achieve the same result level. The price per unit of Dysport is typically much lower than the price per Botox, but maybe the exact cost to get a similar treatment result.

Molecule size: The smaller molecules formulation of Dysport may be beneficial since it enables it to work faster than Botox in a larger area of spreading. However, this will depend on some areas, which may or may not be beneficial. It is imperative to go to an experienced provider or expert to know the proper dose and neurotoxin placement.

Diffusion: Unlike Botox, Dysport tends to diffuse more, which causes it to spread to a broader area after it’s injected. That said, a larger treatment area can be addressed in fewer injections. However, in areas that need more precision or thicker muscles, Dysport’s diffusion may be less effective in treating smaller areas.

Onset: Among the two, Dysport has the quickest onset of action than Botox, typically requiring 24 hours to realize all results. The result of Botox, on the other hand, can take up to 72 hours to be fully established.

Who Are Good Candidates Of These Neurotoxins?

Both neurotoxin injections are intended for adults in their mid-20s who have moderate to severe facial lines and overall good health. However, below are the type of people who should not receive either of the procedure:

Also, as a precaution, a patient must discontinue blood thinners, muscle relaxers, and other medications that might interact with the injections. It’s crucial to inform the doctor about all medications and supplements taken, even if they are available over the counter. Additionally, Botox may not be a good option, depending on the thickness of the skin or if the patient has skin disorders.

What Are The Possible Side Effects Of Both Treatments?

Botox and Dysport contain the Botulinum Toxin Type A, which means they share the same potential side effects. Much like any medical or cosmetic procedure, these two may also have a degree of risk. The most common reactions include:

More severe reactions include muscle weakness, trouble swallowing, and breathing. Side effects are rare if the treatments are handled by a licensed professional.

Can I Use Both Botox and Dysport?

Yes, Botox and Dysport can be both used for cosmetic treatment. In fact, it might be the best way to go in some patients, given the small or localized areas that need treatment, while others are more spread out. In general, Dysport is more effective in the skin’s broader areas, while Botox effectively targets smaller sections of the face.

Botox and Dysport are similar treatments and use botulinum toxin to minimize the appearance of wrinkles. Dysport is allowed only for forehead wrinkles, while Botox can be used on other facial areas. Nurse Lauren LLC (DBA Modern Med) offers Botox and Dysport treatments to address wrinkles on your forehead, crow’s feet/smile lines, and glabella/frown lines, and both are extremely popular to get a youthful appearance.

How many sessions of sclerotherapy are needed?

Kenalog injection vs Botox: Which one is better?

Is Microneedling With Growth Factor Injections Really Worth It? Its Benefits And Warnings

What Is Kenalog Injection Used For? Its Benefits And Precautions